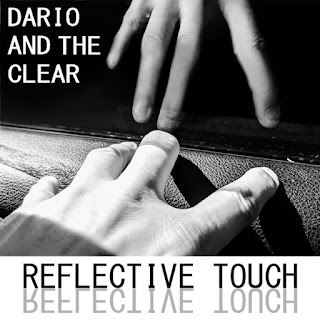 Guitarist Dario Saraceno and his band Dario and the Clear has released his eagerly awaited new album “Reflective Touch.” Dario was born in Ripacandida, Italy and moved to London, England during the height of Beatlemania. After his mom took him to see the Beatles at an outdoor concert, he was profoundly influenced and became infatuated with becoming a musician.

Fast forward to his teenage years and music became reality when he purchased his first guitar.  Dario took an unusual approach. When most musicians were aspiring to play covers, Dario was immediately drawn to writing original music and spent time learning multi-track recording.

After graduating Berklee College of Music, Dario toured with his band, Decoy and worked as a session guitarist, touring and teaching. His instructional book, “The Shapes Remain the Same” was published in 2010. After his Decoy project came to a close, Dario went solo, starting a new band he named Dario and the Clear. Dario and the Clear has released seven albums since 2011. After the release of his previous album, “Optic Nerve,” the creative muse continued to provide inspiration for a new body of work that he named “Reflective Touch.”

Since the album is guitar-driven, he invited a number of his favorite guitarists as special guests: Rick Witkowski, founding member of Crack the Sky, Gabriel Marin, multi-ethnic instrumentalist and experimental guitar player, and Hudson Valley based session guitarist, Tony De Paolo. Dario continued experimenting with his sound palette using his classical fretless guitar on the title track “Reflective Touch” and Chapman stick on the track “Heavy Merge.” Adding to the unique flavor on “Heavy Merge,” is Gabriel Marin's use of the dutar (a Pakistani instrument) and guitar arpeggiator, a fretless electric guitar. 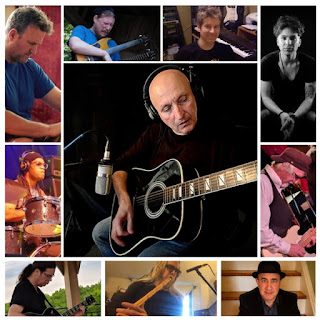 “This album is great for progressive junkies who relish UK and Yes and other bands that are able to blend heavy guitar riffs with expertise, whimsy and creative intensity.” - Laurent Rejto, Executive Director, Hudson Valley Film Commission.

“Guitars are ripping my face hairs off one at a time. Then the vocals come in for the soothing aftershave and nice hooks all the way around.” - Steve Ball, Instructor at Guitar Craft.