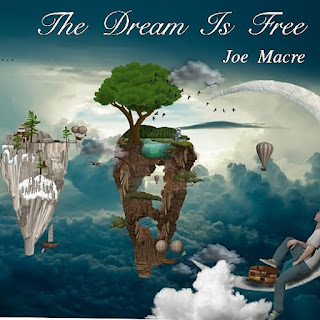 Hot on the heels of his critically acclaimed first solo album. Bassist Joe Macre will be releasing his second album “The Dream Is Free” on August 1st on Cuppa Joe Records. Joe is known as the original bassist for the progressive rock band Crack The Sky best known for achieving “debut album of the year” in Rolling Stone Magazine and still included in the top 50 albums of all time. Joe was a member of Crack The Sky from 1975–1980 and 2004-2009. Joe has also worked with The B. E. Taylor Group, Wild Cherry, King Friday, Jim Croce, David Sanborn, The Brecker Brothers, Marie Osmond, Keith Green, Clint Brown, and others.

Joe’s latest effort, “The Dream Is Free” was written immediately after the “Bullet Train” release and features him on all instruments and voices, with guest appearances by Crack The Sky’s Rick Witkowski and Al Macre (keys) and solos by Chris Elliott. It’s a collection of 10 songs with Bonus tracks. The first single is a light commercial song entitled “I Need You.”

Says Joe, “‘The Dream Is Free’ album is a reflection on my life experiences as a musician. The Dream Is Free BUT the pain’s sold separately. It takes some talent to get in but there are consequences if you have no idea of the BUSINESS of music. So, I guess it’s a loosely concept album but also a collection that was written during the covid times. I write all the songs and play all the instruments and vocals with the exception of some solos by Chris Elliott, Rick Witkowski and Al Macre. Two incredible soloists and a classical keyboardist who played on a few songs. My former bandmate Rick Witkowski co-wrote two songs with me on this album. My musical inspirations are The Beatles, Yes, Genesis, King Crimson, Strawbs. I grew up playing Funk as a bassist. These early years were filled with Motown, James Brown and anything with a cool rhythm. The context for my songs is positive, giving the listener the chance to explore what I'm saying. Most are based on my musical experiences and years on the road.”

Joe Macre’s Award-winning Post Production mixing credits in films include Monster in Law, House of D and Fire Down Below. His “Cuppa Joe Music” Library and Sound Design are chosen for many national spots, including the award-winning Super Bowl Tabasco’s “Mosquito”, Corona’s “Ship in a Bottle”, Nickelodeon, Showtime, Ford, McDonald’s, Corona, Hyundai, and Oprah Winfrey.

Joe was inducted into the board of directors for SPARS (Society of Professional Audio Recording Services) with Leslie Ann Jones, Audio Director at Skywalker Sound, Kevin Mills at Larrabee West Studios, Tim Butler at Chicago Recording (CRC), Jeff Greenberg at The Village Recorder and Steve Davis at Crawford Communications Atlanta. Joe is an active member of AES and the American Federation of Musicians. 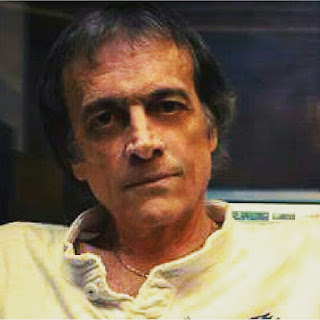 Track List:
The Dream Is Free
Tell Me
Ride Or Die
Drop Me Off At The Rainbow
Life In The Theater
These Cool Years
Not Looking Back Tonight
Tomorrow Is Today
Get Up, Crack Down
The Dark Sky Sea

Special thanks to Chris Elliott, Rick Witkowski and Al Macre for their input and contributions.