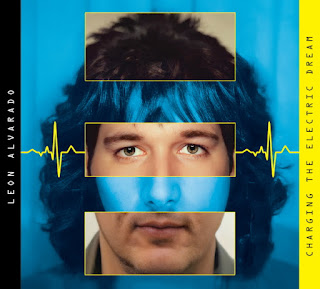 Prog music artist Leon Alvarado will be releasing his new album “Charging The Electric Dream” on December 15th! According to Leon, “‘Charging The Electric Dream’ is a very personal record without any collaborators or guest musicians. If I were to describe it, I would say that it is an album of what I like to call headphone music, because it plays out more like a soundtrack that stimulates the listener’s imagination. Like many of my other records, you can hear my inspirations throughout the album. There are definitely nods to Brian Eno, Wendy Carlos, Tangerine Dream, Vangelis and Jean Michel Jarre. It is not a Prog album per se, but definitely something that Prog fans can appreciate.”

Says Leon, “‘Charging The Electric Dream’ refers to revitalizing material I recorded in response to the electronic music that influenced me throughout the years.  I am giving it a new life by releasing it for the very first time.”

The music on the album was recorded periodically over a span of several decades. To reflect this, the artwork shows a collage of Leon’s face constructed of passport photos taken over many years. A video for the title track will be released concurrently. A short film titled “Outside The Dream” will follow the release.

Leon’s musical output can be categorized as a blend of Prog Rock with Ambient, some Classical and a measure of Fusion. Each piece, as well as his library as a whole, is a constantly evolving musical landscape that can simultaneously embrace the listener in familiarity, while embarking on exciting and experimental journeys of sound. 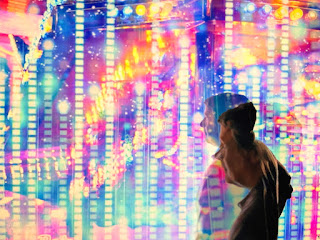