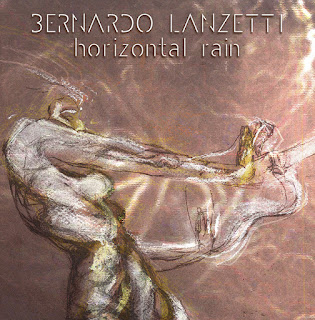 Conceived and recorded over a few years with outstanding musicians and special guests, Bernardo Lanzettiʼs new work is presented as a collection of musical episodes that sail from Progressive Rock to Vanguard, making port of call at Modern Opera, Art Rock, Rock & Soul and Classix 2 B.

Eight songs in English, two lyrics written by friend Peter Jack Marmot, wordsmith and coach manager between London and Marbella, plus an Italian text for the song “Ero un num Ero”, built on an elementary and random numerical progression as if to point out that the so-called “inspiration”, at times, can only be a fairy tale to deceive the unwary listener.

Without exaggerating or forcibly imposing his vocal range exceeding three octaves, the vocalist makes available the complete range of his voice, including the one processed by his Glovox device and those written for a choir that, in “Different”, move on articulated bars, always different in their division and imperceptibly delusional succession.

In the album, passion, detached nostalgia, fury and irony unfold track after track with a mix of sounds that are as unpredictable as they are effective: David Jackson’s baritone sax replacing the double bass in “Lanzhaiku” or Tony Levin’s unmistakable stick in “Heck Jack”. The pressing guitars of Marco Colombo in “Genial” where not even Andalusia is neglected or those of Andrea Cervetto, excitingly painful in the desperate appeal of “Walk Away”, which finds Tony Franklinʼs precise fretless bass and, in contrast, the hectic synth of Derek Sherinian and the poignant violin of David Cross. Alternating solid and frantic episodes, Jonathan Moverʼs drumming stands out on four strong selected tracks.

With more than 120 songs already published to his credit, Bernardo also celebrates his being an author/composer with this new album where almost everything, including the artwork, is due to his talent and attitude. Including the above mentioned special guests, in all 19 musicians and a choir of 7 from Italy, UK, USA and Spain, numerous sound engineers and the careful and patient work of the producer Dario Mazzoli, make this work precious and unique.

Watch the video for “Heck Jack”: 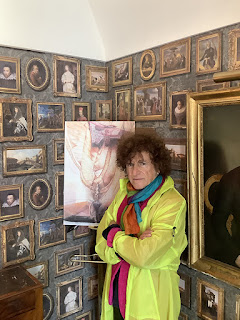 All music and lyrics by B.Lanzetti except 02 and 05, lyrics by P.J.Marmot.