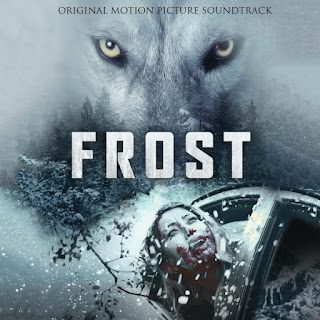 “The Crash” is a haunting piece that scores the Frost film’s central incident, an auto accident that leaves the two main characters, a father and daughter, stranded in an icy mountain wilderness where they have to fight for their survival. Joining Perdomo on the track is none other than keyboard wizard Rick Wakeman, just one of the many guests featured on the Frost soundtrack alongside Asia/Yes keyboardist Geoff Downes, electric violinist L. Shankar (Peter Gabriel/Frank Zappa), guitarist Terry Reid.

Listen to the single: https://orcd.co/fernando_perdomo_rick_wakeman_the_crash

The soundtrack is being released on vinyl on September 23 while the CD will be part of the special Blu-ray package released on October 11. 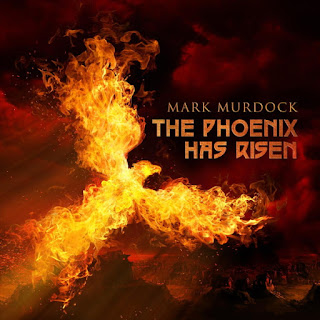 “The Phoenix Has Risen” represents the work of drummer/songwriter Mark Murdock whose previous works included Cymbalic Encounters (With Brand X musicians) and Empire (Peter Banks of YES) and most recently The New Empire “Second Lifetime” release on Forward Motion Records. Mark was also a guest on the YES 50th Anniversary tribute album by Dave Kerzner and Fernando Perdomo

“The Phoenix Has Risen” was composed and produced by Mark during the lockdown of 2020. Mark sites the Phoenix in the title as a symbol of hope in these pandemic times. Mark just happens to be from Phoenix, Arizona but now resides in Tokyo. The music leans more to the Prog side with hints of rock and pop embellished in it.

Mark not only composed all music and lyrics but all the keyboard tracks including orchestral sections.

Track list:
The Phoenix Has Risen
Reoccurring Dreams
Heal My Wounded Soul
Compromised
Exit Door
The Starfish and the Four Phases of the Moon
When Thoughts Collide
Silence on Empty Streets
All Fools Fade Away
The Unknown Man
Set Your Heart On Fire
In The Future Of

Here’s what’s being said about “The Phoenix Has Risen”:

“While Mark Murdock may have seemed to venture beyond art-rock pastures he used to explore decades ago, prog remains a vital aspect of this EMPIRE and BRAND X associate, and even though there are collective projects the veteran was involved with lately, his individual style naturally led to a solo album, a record of a particularly personal stripe.” - DMME

“There are themes that could be Prog Soundtracks or Miniseries!” –

“Prog at its best! Mark Murdock’s new solo work, ‘The Phoenix Has Risen’ is most definitely carrying the innovative torch on this much missed genre of music” - Anonymous Prog Fan

“The Crimson Guitar” is the eagerly anticipated fifth full-length album by Fernando Perdomo, guitarist and bassist of The Dave Kerzner Band and Jakob Dylan’s Echo In The Canyon Band.

This NEW STUDIO ALBUM is a tribute to KING CRIMSON and has been a labour of love for Perdomo.

Fernando Perdomo said of the release: “'The Crimson Guitar' is my passionate love letter to the amazing King Crimson music that fascinated me when I was first learning classical guitar in my early teens... I created these arrangements with the upmost respect to the music and legacy of the band. My hope is to bring light to the delicate beauty of the songs”

The album has been released by Forward Motion Records, via Cherry Red. 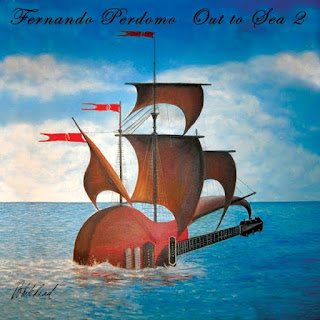 The album was recorded to meet the growing demand from fans for Fernando Perdomo’s music and in response to the tremendous reaction the first “Out to Sea” album received.

Acclaimed artist Paul Whitehead painted the cover image. Other covers by Whitehead include “Trespass”, “Nursery Cryme” and “Foxtrot” by Genesis.

“'Out to Sea 2' is a continuation of my journey exploring the magical world of instrumental prog rock. I had some wonderful people join me on this journey. This album is all about emotion and beauty.  The wide range of styles will give you a better idea as to who I am as an artist.” - Fernando Perdomo 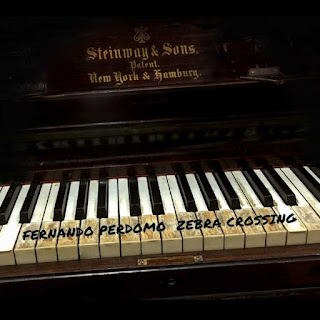 This NEW STUDIO ALBUM was predominantly recorded at ABBEY ROAD STUDIOS and features all new original titles building up to a beautiful cover of ‘While My Guitar Gently Weeps’ featuring Diane Birch, Shawn Lee, and Jason and Daphna Rowe.

The first single, “Find Love (Hold On)” features Danny Ayala and Megan Zeankowski formerly of The Lemon Twigs as well as Ken Sharp.

“'Zebra Crossing' is the culmination of my lifelong dream of making a record at Abbey Road Studio 2. When the opportunity arose I got very inspired and the songs just flowed out of me!

“The date I was given just happened to be the 50th anniversary of the day George Harrison and Paul McCartney came in to record the first version of 'While My Guitar Gently Weeps' (as heard on “Anthology 3”), naturally I decided to record a cover of that song that day. I called up my London family and an all star band came together and that performance closes the record.

Watch Fernando Perdomo's new video for  “We Were Raised With Headphones On”, the first official video from “Zebra Crossing”: 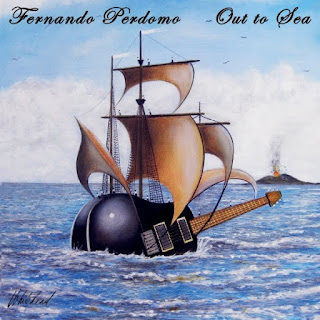 “Out to Sea” is the debut Instrumental Progressive Rock Album by Fernando Perdomo, guitarist and bassist of the Dave Kerzner Band. The album draws inspiration from classic 70s Art Rock albums by the likes of Steve Hackett, Peter Banks, Steve Howe, and Jan Akkerman. Acclaimed artist Paul Whitehead painted the cover image. Other covers by Whitehead include “Trespass,” “Nursery Cryme,” and “Foxtrot” by Genesis. While all instruments on the record were played Fernando, save one drum track, he has put together a stellar group to perform the music of “Out To Sea” live.

Fernando Perdomo is a known powerhouse of the LA music scene. The LA Weekly dubbed him “The millennial answer to Todd Rundgren.” He has made a name for himself as an in-demand Producer, Singer/Songwriter, and Multi-Instrumentalist. Fernando was a featured guitarist at the “Echo In The Canyon” concert in Los Angeles playing with Fiona Apple, Jakob Dylan, Regina Spektor, Beck, CatPower, and Jade Castrinos. Fernando will appear in the “Echo In The Canyon” documentary film and album scheduled for release in the spring of 2018.

Fernando is personally donating $1 for every copy of the album sold to Macmillan Caring Locally (http://www.macmillanlocal.org/about-us.php), a charity chosen by Lisa Wetton for donations from Fernando’s release of his “Starless” cover in honor of John Wetton. The “Starless” cover is the bonus track on the Cherry Red version of the album “Out To Sea”.

Fernando has several new Prog Rock projects in the works, including “Out To Sea 2” which he expects to release Fall 2018.

“Out To Sea” is slated for world-wide distribution through Cherry Red Records starting May 4, 2018.

Track Listing
The Architect (Tribute to Peter Banks)
Out To Sea
De Boerderij
Roses Spread All Over The World
The Future According To Roye (Tribute To Roye Albrighton)
The Dream
Sonja
Dreaming In Stereo Suite
Bonus Track:Starless (cover, Tribute To John Wetton)

The reviews are pouring in for “Out To Sea”:

“...This album was really a surprise. Many guitar solo albums are different versions of the same thing; not the case here. From the first listen, 'Out to Sea' is captivating as it is different...” - The Prog Report,

“To call Fernando Perdomo a genius is like saying it snows in the arctic. An imaginative artist, producer, songwriter and sideman, he takes his cues from his beloved influences of the '60s and '70s - The Beatles, the Alan Parsons Project, ELO, et. al. - and then absorbs them into his own output, resulting in a glorious mesh of sonics and suggestion...” - Lee Zimmerman, Goldmine Magazine,

“There's still plenty of life in the sounds and structures of the classic prog era, and the invention, lyricism and sheer joy Fernando Perdomoa brings to this album prove it.” – Kruekutt, Progarchy,