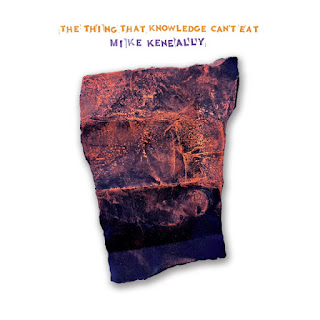 Says Mike, “This is my first new solo album in seven years - the last one was ‘Scambot 2’ in 2016, so this one has really been a long time coming. About half of the material on the new album was in the works prior to the pandemic, but the other half was created at home in lockdown in 2020 and 2021, and all the finishing touches were placed on the songs during 2022, so it's been in the works for a while. I've never done so much work on an album on my own, so the learning curve was steep, but I did have help from friends all along the way, including farming out tracks to drummers who were also locked down at home. I wrote all the songs, and the lyrics of the later songs definitely reflect the strange times during which the album was finalized. A lot of my past albums have been lengthy, extended works, but this one is a tight 42 minutes, nine songs - I think it goes down pretty smooth but it travels to a lot of different places along the way. I'm extremely happy with it, and very grateful to finally be able to share it with everyone.”

Watch the first video from the album for the song “Celery” (featuring Steve Vai): https://www.youtube.com/watch?v=8ndhNYBWtxA

“Keneally is the leading progressive rock genius of the post-Zappa era.” – All Music Guide

Long acclaimed as one of the world’s most creative and intense guitar and keyboard players, Mike Keneally’s talents as a vocalist, songwriter, arranger, producer and multi-instrumentalist are nearly unequalled in rock music. Keneally has released over 30 albums of his original music since 1992 (including special editions and limited releases), and has built a body of work of remarkable inventiveness and originality. The stylistic variety present in his work indicates Keneally’s abiding love of good music above all, regardless of genre distinctions.

Keneally played in Frank Zappa’s final touring band in 1988, performing as a vocalist, guitarist and keyboardist. He’s appeared on many of Zappa’s albums, and has been a touring and recording member in the bands of Joe Satriani, Steve Vai and Devin Townsend, as well as a member of the Adult Swim metal band Dethklok. He has also recorded or performed with Robert Fripp, Wayne Kramer, Kevin Gilbert, Solomon Burke, Steve Vai, Chickenfoot, Bear McCreary, Henry Kaiser, Michael Manring, Screamin’ Jay Hawkins, Andy Prieboy, Mullmuzzler, The Persuasions and many others.

Known for his innovative, unpredictable live shows with his own band Mike Keneally & Beer For Dolphins, Keneally has played extensively in the United States and Europe, in contexts ranging from solo and duo concerts, to performances with large-scale orchestras. His 52-minute orchestra-with-guitar suite “The Universe Will Provide” received its world premiere in 2003, featuring Keneally as guitar soloist fronting Holland’s Metropole Orkest. The US premiere of “Universe” occurred at the Walt Disney Concert Hall in Los Angeles in 2011. 2012’s album release was “Wing Beat Fantastic: Songs Written by Mike Keneally & Andy Partridge,” a collection of material written with ex-XTC leader Andy Partridge; the album was widely acclaimed, and ranked highly on numerous critics’ “Best of 2012” lists. 2016 saw the release of his grand conceptual work “Scambot 2,” and was the last new Keneally solo album until now, with the upcoming February 2023 release of the brand new “The Thing That Knowledge Can’t Eat.”

As of late, Keneally has been performing live with other ex-Zappa alumni as part of The Zappa Band, the only official Zappa Trust-sanctioned band playing the music of Frank Zappa live. He has also been playing with the group ProgJect, performing many of the classic ‘70s progressive-rock songs that Keneally grew up loving. He is also a member of a new band called The Bird Brain, who released an acclaimed 3-song EP late in 2022, with more new music coming this year. With the release of his new solo album in 2023, Mike will be doing a series of Mike Keneally & Beer For Dolphins shows this year featuring a retrospective selection of material chosen from all the primary solo albums across his over-30 year career. 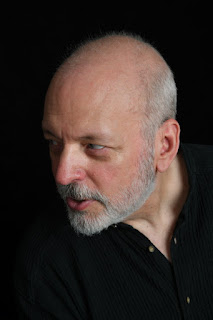 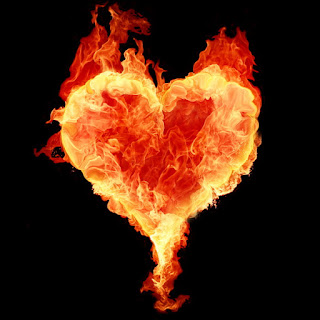 Staring into Nothing’s latest album “Love” probes the multiplicity and evolution of romantic love. The album was produced and mixed by Ronan Chris Murphy (King Crimson, Steve Morse, Ulver) and features an awesome line up of collaborators including Gregg Bissonette (David Lee Roth, Santana, Ringo Starr) on drums, Victor Bisetti (Los Lobos) on percussion, Mike Keneally (Zappa, Steve Vai, Joe Satriani) on guitars, Trey Gunn (King Crimson, John Paul Jones) on Warr Guitar, Dave Nachmanoff (Al Stewart) on background vocals/acoustic guitar and Danny T. Levin (Iggy Pop, Twenty One Pilots, Vampire Weekend) on horns. With this album, Murphy and the band sought to refine the melodies and structure of the songs even further than the previous album and provide ample room for the various collaborators to bring their voices to the album. While the compositions by Rogers and Barabas make up the core of the music on “Love,” the music was completely transformed by all the collaborators. The creative process allowed everyone involved to mold its final sound and spirit, and created space for stunning contributions, most notably several remarkable solos by Keneally and Gunn.

Says Steve, “We were trying to explore the varieties of romantic experience from a mature perspective that recognizes its not all good and not all bad, but its all we have. In the end, the message is uplifting because over time love endures and transitions into something even more fulfilling when it becomes legacy and a common set of memories and values. We recorded this album differently than our first one. We worked more closely with the producer, Ronan Chris-Murphy, during the actual arrangement of the songs and benefited from his insights, ideas and contributions. Ronan also brought a commitment to making the best album we could by bringing top shelf musicians to the project like Mike Keneally, Trey Gunn, Gregg Bisonette and Dave Nachmanoff. Also most of this album was recorded in our own studio in Costa Mesa California.”

Watch the video for “Ashes”:


“It was a real pleasure to be involved with this project, working with the band and Ronan to find ways to tastefully enhance the impact of these beautifully melodic, emotionally charged songs. I found the songs inspired and inspiring, and I loved the experience of playing on the album.” - Mike Keneally

“Super day and a half of recording. I loved being in the room with these guys stretching out on these songs. Great to hear it all come together.” - Trey Gunn

“A project like this is really exciting as a producer. The band already had strong material with a lot of emotional depth before I got on board, so we had a lot of great raw material to work with. The fact that the band is just two guys, that are open to new ideas, meant we were able to have a lot of fun developing the material and bringing in the right players to explore those ideas. I very intentionally brought in guest musicians that are more known as artists in their own right than being session guys. I knew from working with all of them before, that if I gave them a platform to explore they would bring great things to the project. They did not disappoint. They all brought the musicality we were all hoping for, while enhancing the emotional aspects of Steve and Kurt’s compositions.” - Ronan Chris Murphy, Producer-Engineer (King Crimson, GWAR, Steve Morse, Bozzio/Levin/Stevens)

Staring Into Nothing have crafted their own sound, but their love of strong melody and virtuosic musicianship has drawn comparisons to artists such as Marillion, Porcupine Tree, Flying Colors, early Genesis, Pink Floyd and Rush. Bassist Kurt Barabas is a veteran of the progressive rock scene. He was a founding member of Magna Carta Records artist Under the Sun as well as Amaran’s Plight with Nick D’Virgilio (Genesis, Peter Gabriel, Spock’s Beard). Kurt was also a founding member of Roswell 6, who recorded the album “Terra Incognita” that accompanied a science fiction novel of the same name written by Kevin J. Anderson. “Terra Incognita” featured a who’s who of musicians, including James LaBrie (Dream Theater), Michael Sadler (Saga), John Payne (Asia), and David Ragsdale (Kansas).

Following the break-up of Under the Sun, Barabas starting wring new material with longtime Under the Sun fan Steve Rogers. The two found they had instant and synergistic creative chemistry and set to work creating a trilogy of concept albums that delve into the complex facets of the human experience.  They released their first album “Power” in 2017, which explores the many ways power is used to manipulate, control and subjugate people. It was produced and mixed by Mark Needham (The Killers, Elton John) and features drumming by Matt Chamberlin (A Perfect Circle, David Bowie, John Mayer).

Here's what the press has said about Staring into Nothing:

“Staring into Nothing melds the epic structure of prog rock with the tuneful moodiness of new wave.” - Huffington Post

“With, perhaps, a little further polish or fine-tuning, many of these songs wouldn’t be out of place on an album like Pink Floyd’s The Wall.” - The Big Takeover

“The nice blend of melody and atmosphere will please fans of prog classics like Rush and Yes, as well as modern titans like Steven Wilson and Opeth” - Alternative Nation

“...should appeal to anyone with an interest in prog rock and even casual fans of the genre could find things here to love about it.” - Sputnik Music

“Staring Into Nothing is a trio from California who have a very modern prog sound. Musically, they remind me a bit of a mix of Steven Wilson and Roger Waters.” - Progressive Music Planet

“The Prog-Rock-esque powerhouse brings down the house with an eclectic and unique record that will blow your mind.” - Modern Mystery Blog

In support of their new album, Staring Into Nothing has budgeted four videos for the album and have completed the first two. They continue to work on the final two, but they got caught up in the virus lock-down that shut down the video shoots in March.

In closing Steve has this to impart, “That relationships matter even though they can be hard to maintain at times. Also that there is redemption for any of us who stray from the past. That redemption often comes to us through the people we love.” 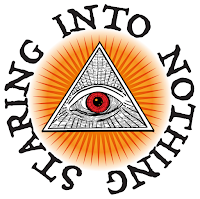