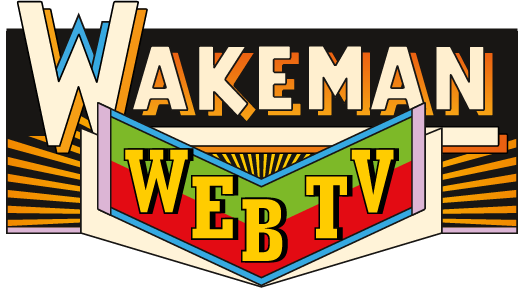 Remember when keyboard legend Rick Wakeman hosted Gastank in the 80s? Want to relive his stunning performance with Orchestra Della Svizzera in Lugano, in 2009? Wakeman Web TV has all this and more! No more channel-hopping: here’s your one-stop shop for an array of stunning live performances taken from across the keyboard wizard’s career. And to mark the launch of this new venture, Rick has some exciting news…Welcome to Rick’s web TV channel!

Here you’ll be able to view many of Rick’s TV appearances and old concerts amongst many other hidden treasures, offering films for either rental or purchase, whichever takes your preference.

There’s a host of goodies, with some hard to find items along with better known works, and all in one place! Also Rick Plaice Season 2 can only be seen on Rick Wakeman’s Web TV!So why not treat yourself to an Aladdin’s cave of one of Rick’s golden gems from the past.

It couldn’t be easier.

“SURELY THIS HAS TO BE THE WAY FORWARD TO GIVE FANS OLD AND NEW THE BEST WAY TO VIEW AND LISTEN TO THE MUSIC…A VERY SENSIBLE ALTERNATIVE TO THOSE PLATFORMS THAT ALREADY EXIST.” – Rick Wakeman

Given the demise of the DVD as a consumable item, no more support at retail for the format or end user demand. Rick Wakeman has always been seen as an innovator and pioneer, not only as a musician, but as a businessman. The logical solution was to commission his team to build an online platform for all his films, videos. Rather than a subscription based approach (ie Netflix, Amazon Prime, Hulu, Apple TV). or an ad based system - (ie You Tube). Rick has pioneered a Pay Per View solution, that way the fans can choose and pay for only the film or video they want to see and not get hooked into a monthly fee or subscription.