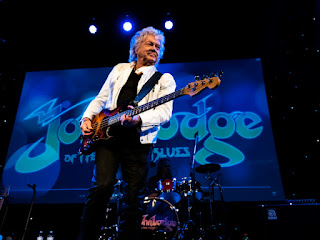 John Lodge - legendary bass player, songwriter and vocalist for the iconic rock band, The Moody Blues is to bring his electrifying ‘Performs Classic Moody Blues’ show to the Ocean City Music Pier on July 25 as part of their Summer Concert Series.

Writer and vocalist of such mega Moody Blues hits “Ride My See-Saw”, “I’m Just a Singer (In a Rock and Roll Band)”, “Isn’t Life Strange”, “Gemini Dream”, “Steppin in a Slide Zone” and many many more. Lodge has been performing and recording with The Moody Blues for more than five decades, selling in excess of 70 million albums, and also enjoys a successful solo career.

With the Moody Blues no longer touring, it’s John’s deeply held desire to continue to bring this music, the music he calls ‘the soundtrack of his life’ - as it is to so many - to the fans who have been on this journey with him for so many years. John and his band perform these classic songs with a new energy, whilst always remaining true to the Moody’s roots and the original iconic sound. They are unique in managing to bring a feeling of nostalgia to the room and the audience to their feet, with songs that are as relevant today as they were when first written and experienced.

As one critic wrote, ‘a brilliant night of classics from start to finish from this living Rock Legend!’, and as John says to the fans at the end of every show, ‘Thank you for Keeping the Faith’… and you can see he means it.  John’s show weaves his own Moodies hits together with special tributes to his bandmates from The Moody Blues, including a very special recording by the late Graeme Edge of his poem ‘Late Lament’.  Jon Davison of YES will be joining him on stage for ‘Nights in White Satin’.

The show is in support of his latest live album ‘The Royal Affair and After’ released in January this year to critical acclaim. The album was recorded live in Las Vegas on ‘The Royal Affair Tour’, in the Summer of 2019.

John’s mission statement is, after all, “I want to keep all the Moody Blues music alive!”

“I’m delighted to be bringing my Moody Blues show to the Ocean City Music Pier as part of their Summer Concert Series!  I had a fabulous time on our March tour and on the Flower Power Cruise, and although we are working on dates for later in the year and next year, I was really happy to be asked to be part of this series.  I’ll be bringing my band, and we’ll be doing our full ‘Classic Moody Blues’ show with all my hits and tributes to all my bandmates. These songs really are the soundtrack of my life and I look forward to sharing them with fans, and perhaps even some not so familiar with the Moody Blues.” - John Lodge June 2022. 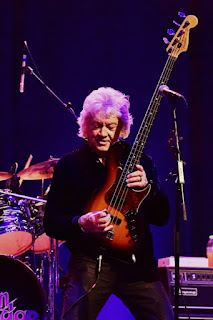 John and his band will also be appearing on ‘The 70s Rock and Romance Cruise’ March 16 – 23, 2023, https://rockandromancecruise.com/lodgefan, and other dates are in the works for Fall 2022 and Spring 2023. His live album, ‘The Royal Affair and After’ is available now everywhere.