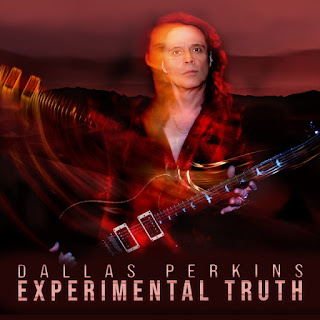 Los Angeles, CA – On Dallas Perkins’ latest release “Experimental Truth” his stellar technical proficiency and dexterity are on full display. We are now hearing six-string wisdom come to full fruition. Showcasing a guitarist that is clearly steeped in melody, the music allows us to join the conversation with breathing room, suspense, and brilliantly placed pauses in these layered compositions. Perkins is not just a guitarist with attention grabbing technique, he is a composer reflecting influences spanning centuries of music history absorbed and personalized over decades finally distilled into a singular artistic statement.

Dallas said of “Experimental Truth”: “With this album, I really wanted to grab the listener’s attention with harmonic complexity and melodic simplicity. My hope is that it will satisfy fans of my previous work. But beyond that, my goal was to create a cohesive theme connecting each composition as in the spirit of the concept album. With the absence of lyrical content, I wanted the music to stand on its own and perhaps evoke a visual dimension. In short, I hope to inspire each listener’s imagination to create their own interpretation and imagery.”

Hailing from Pittsburgh, Dallas cites his original six-string inspirations as Jimmy Page, Eddie Van Halen, Steve Howe and Ritchie Blackmore, among other heavyweights from the era. After paying his dues in clubs and festivals, lending his chops to various cover bands and original acts, he headed West.

Taking on a few hired gun gigs, he eventually found himself relocated to the Tampa Bay area of Florida. During that time, he began releasing a series of critically acclaimed instrumental material. His debut release, “Looking Glass,” was hailed by critics in both Guitar World and Guitar for the Practicing Musician magazines. He was quickly recruited into Virgin recording artists Roxx Gang, both in the studio and on the road.

Dallas’ style has continued to evolve and broaden since the release of his self-produced, acclaimed solo CDs, including the breakout smash “Emergent Behavior” and the follow up “Unbecoming.”

Dallas currently performs live with his own solo band throughout Southern California. He is also a staple in the Los Angeles music scene, a sought after touring and session musician and a regular on Hollywood’s promo buzz show, Ultimate Jam Night. 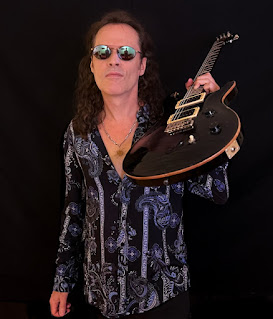