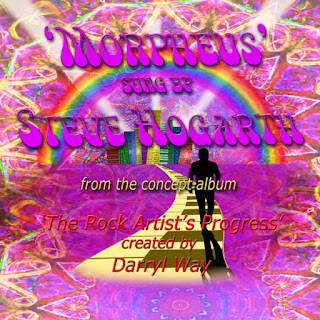 30 years on, old mates Steve Hogarth and Darryl Way, have collaborated on the single “Morpheus”, to be released on August 25th. The track is taken from Darryl’s forthcoming album “The Rock Artist’s Progress”; a unique concept and project created by legendary violinist Darryl Way that consists of an album and novel that are intrinsically linked together and sold as a bundle. The novel will also include musical illustrations created by Darryl, that can be clicked on and listened to, whilst reading. Both album and novel are due for release on September 23rd, on Spirit of Unicorn Music, Cherry Red Records, iTunes and Amazon. 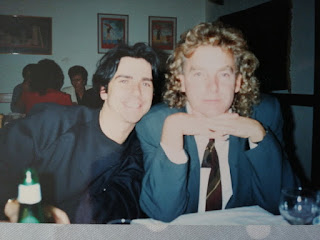 The novel, written by Charles Shorwell, is set against the backdrop of the musical revolution that started with the Beatles and begins in 1968, a year after ‘The Summer of Love’ and follows the story of Daniel Luckham, a young classical pianist studying at the Royal College of Music. Seduced by the rock music scene and vibrant counter culture in London at that time, he contrives to leave college and pursue a career in ‘Rock’. But some bad decisions lead him down a dark and dangerous alley, populated by drug dealers, unscrupulous managers and femme fatales. On his journey to fulfil his dreams, Daniel finds his integrity challenged, and the innocence of youth cruelly stripped away.

The connection between the album and novel, unfortunately has to remain a secret, as to divulge that information would give away a key plot line in the novel. All that can be said is that the album represents a body of work recorded in the late 60s. Created by Darryl Way, the album features a guest vocal performance from Steve Hogarth of Marillion, on the track “Morpheus”. 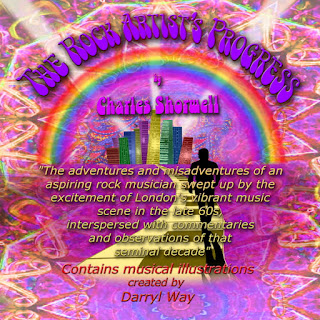 “A playful and intimate account of one young man's experiences of London's vibrant music scene, in the late 60s”.

“The Rock Artist’s Progress” is available for preorder at www.cherryred.co.uk from 5th August