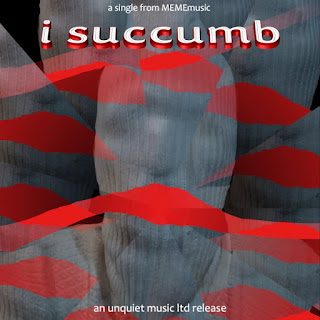 On December 2, 2022 Unquiet Music Ltd. release their new single, “I Succumb” - the first taste of their second album ‘Meme/Music’.

With instrumental contributions from Pat Mastelotto (King Crimson, Stick Men), Jon Poole (Cardiacs, Lifesigns, Dowling Poole) Markus Reuter (Stick Men) and Adrian Benavidès (Earthdiver), “I Succumb” is a song of despair to the life of the average Westerner. Enslaved by normality; condemned to capitulate to the injunction of love. Mind and body torn between the desires of individuality and undifferentiation.

The single announces Unquiet Music Ltd second official album “Meme/Music” on CD and download (via Bandcamp). The album is composed by JP Rossi, and produced by Markus Reuter (Stick Men, Reuter/Motzer/Grohowski, Anchor & Burden), crossing multiple boundaries between the electronic and the acoustic, between complexity and simplicity, between deep contemporary classical structures and textures and punchy art rock drive.

“A song of despair to the westerner’s life enslaved by normality and condemned to succumb to the injunction of love. A mind and body torn between the desires of individuality and indifferentiation”

“Bass beats and electronic noises of the multigrid dimensions of the city and the network clashing in a routine of pressure. Hammering guitars and gut-wrenching solos surround a couple of heartbreaking melodic choruses.” 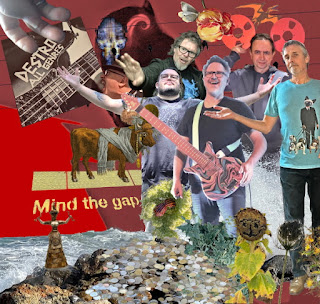 Unquiet Music Ltd’s 2020 debut album, “In the Name of.. (A Prayer for our Times)”, was an arresting and hypnotic mix of contemporary classical structures, urgent solo and choral voices, and electric art-rock sonority. An abstracted electronic Mass, it merged Messaien-ic detail and depth with needle-like mechanistic precision and a hallucinatory atmosphere. Two years on, “I Succumb” illustrates the next step for Unquiet Music: avant-garde pop reflections on human connection and communication, more song-based and lyrical.

The single builds on classic yet still fresh starting points (the eerie human-vs-technology accents of Berlin-era David Bowie; the twitchy psychology of Ray Davies; the flaring relentlessness of King Crimson and the industrial chants of Laibach) while retaining the teeming post-classical sophistication of previous Unquiet Music Ltd work. Packed with contemporary neuroses and dread, it sits in an uneasy bed of bass beats and electronic noises (representing the multi-levelled grid-and-network dimensions of urban living, clashing in an inhuman routine of pressure) while hammering guitars and gut-wrenching solos surround heartbreaking melodic choruses.

In complete contrast, companion track “Love Of A Dog” is a different kind of vulnerable. Absolutely exposed, unafraid of sentiment, and peculiar (in a good way), it’s a childlike tribute to animal friendship webbed up in organ, unexpected choir and Jon Poole’s tender fretless bass. Another reflection on connection, another example of the shifting Unquiet Music perspective.

What people are saying about Unquiet Music Ltd’s new album:

“A pretty ‘out there’ album… Jean-Philippe Rossi writes and constructs the stuff in a very unique and unorthodox manner. It was a fun project to contribute to in that it was so different to anything else I’ve ever worked on.” - Jon Poole (no stranger to “out there” albums) on contributing to “Meme/Music”

“One of the most extravagant and unusual albums I’ve mixed this year! I love this great album!” - Stefano Castagna / Ritmo&Blu studios 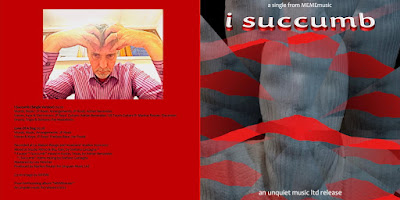 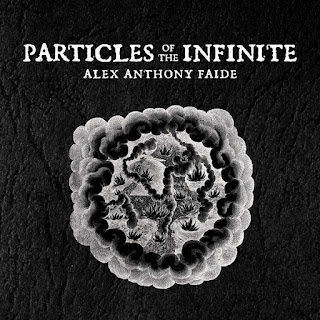 “AAF plays my guitar parts better than I do.”  - Robert Fripp

Originally from Buenos Aires, Argentina, Guitarist/Composer Alex Anthony Faide has a decades-long international reputation for being the secret weapon in rock recordings, arrangements, and stage productions in Europe and Latin America. Now based in Seattle, WA, Faide will release his long-awaited solo record – “Particles of the Infinite” – a display of guitar pyrotechnics in nine parts, in March 2022 on Trey Gunn’s label 7d Media. Inspired by and developed from concepts found in songs such as King Crimson’s “Fracture” and “Lark’s Tongues in Aspic,” Faide takes the work beyond the stratosphere into the mirror dimension to find something completely his own. In the words of his mentor Robert Fripp, “AAF plays my guitar parts better than I do.”

Says Alex, “It is difficult to determine the true origin of this work, though it stands undeniably as a tribute to my guitar instructor, life mentor, and friend, Robert Fripp. Ideas and compositions started taking shape in April 2016 in response to a challenge set forth by long-time collaborator and life brother Steve Ball (League of Crafty Guitarists, Electric Gauchos, Prometheus) to come up with my own version of King Crimson’s ‘Fracture’ and ‘Lark’s Tongues in Aspic.’ Mr. Fripp’s writing and guitar work in these monumental pieces strike me as expertly unique blends of influences in contemporary electric guitar repertoire, which inspired me to dive deeply into my own voice and personal practice to accept the challenge issued.

“What sparked my interest the most was the notion of a fierce, heavy rock attitude and sound, executed with pristine precision in a contemporary classical music tradition on an electrified instrument. I am mesmerized by the section of “Fracture” known as “Perpetuum Mobile” and with the guitarist’s capacity to execute intricate parts in an effortless fashion with a triangular plectrum. The challenge to evoke such intricacy seems to me both impossibly fragile and risky.

“Once the embryonic emergence of ‘Particles of the Infinite Parts I through III’ began to take shape, it became clear this was going to be a full-length record and require a full nine parts to complete the body of work I set out to explore. ‘Particles of the Infinite’ sums up 30 years of personal development and research on the guitar, derived and gleaned from direct guitar instruction as part of Guitar Craft, and the live practice of experiencing life as an international touring musician in myriad genres and settings. I traveled almost monthly between Argentina, Mexico, and the US from 2017-2019, developing this work between shows and collaborations, in hotel rooms and airbnb’s, with recordings intermittently in Seattle when the moment allowed.”

The 9 frameworks that make up “Particles of the Infinite” are presented in triptych (Pt. I-III / Pt. IV-VI / Pt. VII – IX) each containing particular techniques (alternate and cross-picking, stamina, release and flow for the left hand, exploration of diminished /symmetric scale relationships, rhythmic displacement & vector harmonization) - and interpretations of various themes, motifs and passages. There are many convergences imprinted in the music, playing style and overall tone.

Says Alex, “Obviously part of the material stands as a tribute to Fripp, however I am always pushing towards my own musical horizon and following the demands of the Muse. I hear it as ‘gold panning’ in musical form. One could arguably call this record “just a fancy collection of chops”…and I would happily agree with that. But I regard these techniques and interpretations as a cross-pollinating and ever-evolving body of work that points to a larger idea in the ever-expanding continuum of the electric guitar. Above all, these techniques are simply a means to an end, the end being the ability to let music speak freely and continually in real time.

“It’s interesting to experience the evolving arc throughout the whole record start to finish, personally it represents a sort of a surprising navigation chart helping me (and hopefully the listener as well) to find a center of gravity amidst the storm. May the Higher Powers grant Us the Patience to endure and the Strength to persevere. As they say: Ad Astra per Aspera.” 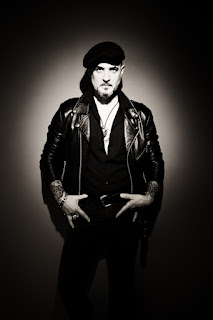 All tracks composed and performed by Alex Anthony Faide on electric guitar and bass. 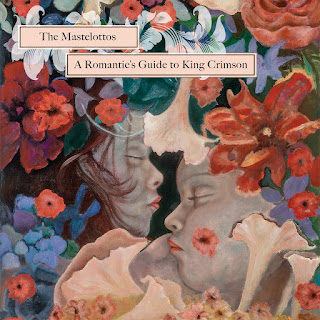 Valentine’s Day 2021 delivers an unexpected and welcome surprise with the release of “A Romantic’s Guide to King Crimson,” the new 12-track album of reinvented King Crimson material by the husband-and-wife duo Deborah and Pat Mastelotto. The collection, which spans the band’s entire history, revisits classics including “Matte Kudasai,” “Heartbeat,” “Moonchild,” “Elephant Talk,” “Peace,” “Exiles,” and “Sleepless.”

Pat Mastelotto is an American rock drummer and record producer who has worked with King Crimson, Mr. Mister, XTC, The Rembrandts and many others. Pat has served as one of King Crimson’s drummers from 1995 to the present day. This album resulted from Pat’s observations and Deborah’s insights made after she intermittently joined Pat on tour as part of the King Crimson entourage from 2008 onwards.

“It’s always been a joke in the King Crimson camp that there’s never a line for the women’s restrooms during intermissions,” said Deborah. “King Crimson plays loud and it’s often intense and raucous. But it can also be haunting and melodic, with some of the most beautiful lyrics ever. We wanted to help uncover that sweetness and introduce the songs to a different type of audience with ‘A Romantic’s Guide to King Crimson.’”

“The album has amazing contributions from all the musicians involved, especially the TOAPP (Three of a Perfect Pair Music Masters Camp) artists,” said Pat. “We experimented together and since they were already lifelong Crim Heads, they were totally into reconfiguring the classic performances or developing totally new parts. So, get ready. You’ll hear some fantastic detail in their playing.”

The recording features material they chose and arranged together with lead vocals by Deborah, a creative Tour de Force in her own right, and with Pat drumming and producing.

“We compiled King Crimson songs and searched for the romanticism in them, then rearranged them,” said Deborah. “The addition of a girl singer automatically changes the feel of those songs and places them in a different genre. Our idea is to create a way for people, especially women, to appreciate the beauty of King Crimson’s music without the fear and sometimes resistance attached to the word ‘prog’ getting in the way. We slow the songs way down and strip them back to their essential lyrics and melodies.”

“In the Crimson tradition, we approached every song as if it was brand new,” said Pat. “At first, it involved tinkering with 20-plus songs in hotel rooms using iPhone apps to choose what worked best for us. We first focused on the lyrics. The words had to resonate and the arrangements had to develop a prog-meets-pop twist to meet my hopes. We had no desire to duplicate the original arrangements. In fact, just the opposite. I was trying to discover where else they could go to expose sweetness, sort of like the old days of cassettes and giving a loved one a mixtape. It’s a gift to fans and a family of former Crims.“

The Mastelottos started the recordings in 2019 by inviting the Texas TOAPP alumni, including members of the Houston symphony, to record in Pat’s home studio in the Texas Hill Country. After a quick trip to Nagoya for his one and only live gig of 2020, which yielded the live Stick Men album “Owari,” Pat returned and spent months with Deborah during the 2020 COVID-19 lockdown finishing the project. The result is an album full of lush nuance and ornamentation designed to put listeners in a meditative and buoyant mood.

“The lockdown resulted in a year of cancelled shows, which gave us time to realize the album,” said Pat. “This grand reboot of humanity made being a couple all the more important, nurturing relationships with people we love, gardening and doing home projects while creating this album together was a beautiful experience.”

“2020 has given us the longest period of consecutive days, weeks and months we’ve ever spent together,” said Deborah. “Our close proximity enabled a continuous dialog and working environment, so we never had to break the creative flow.”

“Working from home meant we could take the listening experience from the studio to the car to the bedroom…to test drive…so to speak,” added Pat.

“Heat up the hot tub, fluff your pillows and head to the softer side of the bed for the pinkest Crimson ever”

TOAPP musicians Appearing on the record:

Digital Album
Streaming + Download
Pre-order of A Romantic's Guide To King Crimson. You get 3 tracks now (streaming via the free Bandcamp app and also available as a high-quality download in MP3, FLAC and more), plus the complete album the moment it’s released.